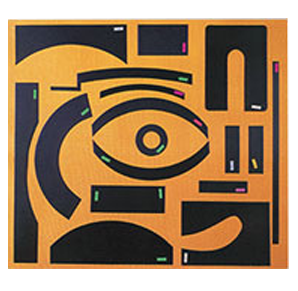 Casettes with film and Plastic Cassettes

The concept dispels the notion that x-ray films can be provided only in standard rectangular sizes that may be quite unsuitable for specialized applications.

RADAC cassettes are made to fine dimensional tolerances and can be packed with any available type of x-ray film.

Packs may contain just one film or can be multiple-loaded and may include lead foil for special applications.

Films are normally sealed under pressure but certain shapes can be vacuum-packed to exclude all air.

Cassettes-With-Film are in use in the following fields:

The use of Ytterbium and the advent of micro-focus x-ray sets has brought increased quality and sensitivity to the technique and widened the range of possible applications still further.

The technique permits critical radiographic examination of things that would be impossible with conventional rectangular-shaped films of standard size.

No time is wasted in the darkroom with scissors and a template. Films are cut precisely to fit the geometry of the job in hand. They are cut with tools that ensure that each film is exactly the same size and shape.

Since the films are tailor-made. the optimum source-film distance can be used giving the best possible definition and sensitivity.

Costly re-takes due to mis-placement of the films are minimized. Films are welded tightly inside PVC envelopes, ensuring the edge of the film is always as close as possible to the outer edge of the cassette. There are no variations and once the technique is established 100% repeatability can be achieved.

They may have lead-foil screens (front, back and/or centre foils) for intensification or scatter-absorbing purposes.

Rectangular films, and certain other shapes, may be vacuum-packed to exclude all air and give perfect film/foil contact.

Cassettes are made from black PVC 300 microns thick, specially formulated to ensure light-tightness under all conditions.

Each one has a colour-coded patch to indicate the type of film enclosed and its expiry date.

Further information is contained in the RADAC booklet ‘Cassettes-With-Film’ available free of charge.

There are occasions where special shapes are required but because of the size of the films and because fine edge tolerances are not required, Cassettes-With-Film are not ideal. In these cases it is possible to produce specially shaped re-loadable plastic cassettes and a supply of cut films and intensifying screens.

Provided that the shape required is one which can be loaded into a cassette by the normal means in the customer’s darkroom, this often provides an efficient compromise solution to the problem.

The customer benefits from the standardization and repeatability of Cassettes- With-Film without the added cost of disposable cassettes and lead foils.

Re-usable lead intensifying screens with photo-quality card backing are normally supplied cut to shape for use with these cassettes.

All types of RADAC Single-Envelope Plastic Cassettes are of the same basic design. They consist of a single envelope, open at one end, through which film and screens are loaded and unloaded.

The open ends of the envelopes fold over, producing an effective light seal. They are then held closed by means of ‘VELCRO’ nylon fastener.

There is an extra finger-tab at the bottom to assist in holding the cassette to the bench for easier and quicker unloading.

Closure is normally made on the shorter side of a rectangular cassette, but special ones, with the opening on the long side, can be made to special order.

These represent the first major advance in cassette design since the introduction of ‘VELCRO’ fastening. Constructed in rugged nylon-reinforced PVC, they are made to outlast any other type of flexible cassette.

They are constructed without side-seams – there is just one joint on the back of the cassette. This design overcomes the weakness of other single envelopes that are welded along the sides: there is no tendency to split.

The cassettes are made from specially- formulated, heavy-duty, nylon-reinforced PVC. They are coloured black on the inside for light-tightness and yellow on the outside for easy recognition.

These are made from 400 micron black PVC and have become, over the years, the standard cassette for industry.

In cold weather PVC hardens and at very low temperatures can become quite brittle and liable to crack.

We do not recommend the use of standard single envelope cassettes in very cold weather and advise great care in loading and unloading them in sub-zero temperatures.

Are made from thin, yet strong PVC/ nylon/PVC laminated material, The nylon reinforcement is in the form of a mesh and reduces the tendency of the PVC to split at the seams, even after much use.

The PVC laminate retains its flexibility in cold climates. Reinforced cassettes are therefore more suitable for use at low temperatures than the standard type.

Are made from double-thickness material consisting of one layer of standard PVC and one layer of the nylon-reinforced material.

They are made from the standard 400 micron material and are clearly marked ‘RADAC BACK’ on both the inner and the outer envelope for easy identification in the darkroom and on site.

The main advantage of double envelope cassettes is that they lie perfectly flat, having neither fold-over ends nor ‘VELCRO’ fastening,

• RADAC can also make special cassettes to the customer’s own requirements in any of the available materials. For example:

• Single-envelope cassettes up to 3m long for pipe radiography,

• Weld-size single-envelope cassettes that link together either with press-studs or ‘VELCRO’.

• Cassettes of special sizes and shapes, not necessarily rectangular.

We use cookies to personalize content and advertisements, to be able to offer functions for social media and to analyze access to our website. We also share information about your use of our website with our social media, advertising and analytics partners. Our partners may combine this information with other data that you have provided to them or that they have collected as part of your use of the services.

Our cookies have changed, so you will need to give your consent again.

Your previous consent to our cookies has expired, so you will need to consent again.

Marketing cookies help to recognize visitors to websites. This enables, among other things, to show them more accurate advertisements and search results.

Statistical cookies help to understand how visitors interact with the site by collecting and reporting information anonymously.

Cookies are small text files that are used by websites to make the user experience more efficient.According to the law, we can store cookies on your device if they are absolutely necessary for the operation of this site. We need your permission for all other types of cookies.This site uses different types of cookies. Some cookies are placed by third parties that appear on our pages.